With zero hesitation I’m going to tell you Shazam is the best entry in the DCEU. Funny, action-packed, and heart-warming. It’s everything you want from an origin story.

I know it’s not much of a stretch to say this right now and I’ll even admit I haven’t seen Aquaman yet but Shazam simply gets it right. While I was completely put off by the trailers (it seemed way too goofy for my tastes), this appears to have been done to avoid spoiling the movie. The side-effect being that some parents were likely lulled into a false sense of security, but we’ll get into that later.

I felt Shazam had a great combination of laughs, meaning, menacing villains, and fun side characters. DC people may hate me for saying this but it felt more like a Marvel movie than the rest of the DC movies without it appearing like that was the goal

Shazam starts off by immediately stripping away the sense of security the trailers gave you with an intense scene that lets you know the PG-13 rating was warranted. From there, most of the movie is fun and light. The characters are great (some side characters will be your favorites), you’ll be pulling for the hero, and the villains are terrifying at times. Overall, it’s a fun movie and I can’t wait for the sequel.

As I’ve alluded to multiple times above, the movie doesn’t play around. The opening scene ends with a violent car crash that leaves one character seriously injured. It does its job if they wanted to get your attention quickly and also lets you know that the trailer was just the fluffy parts.

Later in the movie, once the villains get to work, we watch a scene that I couldn’t even imagine watching in a Marvel movie as innocent people meet their fate in a board room. Now not all of them are “innocent” but this scene was still rough and includes someone’s head being bitten off (no blood or decapitated body, but you know what happened). It was a rough scene for me and if you were thinking you might slide your youngsters in I just want you to be prepared.

A bit before that a person is turned to dust as well. All of this happens early in the film and it becomes more tame from there forward.

What can be more fun than a group of kids with vastly different personalities. If you aren’t aware, Billy Batson is a child without a home and in the film he finds himself in a foster home. At the home is an interesting group of kids of various ages, races, and with varying interests.

The oldest, Mary (Grace Fulton) is your typical teenaged girl. She’s on her way to college and is stressed about the admissions process. Then you have Pedro (Jovan Armand). He’s a big boy, quiet, and all about getting swole. Next we have Eugene (Ian Chen). He’s the video game addict who is much more invested in his games than in human interaction. Then we have our scene stealers. 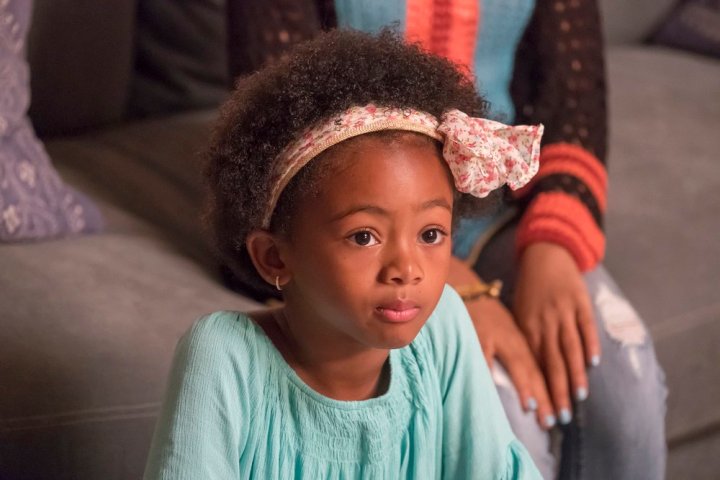 First is Darla (Faithe Herman). She’s the little one with the big mouth who loves everyone and shows it by offering hugs. She’s terrible at keeping secrets and is completely adorable and innocent. She’ll win you over pretty quickly.

And finally, Freddy (Jack Dylan Grazer). He’s the kid hanging out with Billy in most of the trailer clips. He’s quick-witted, sharp-tongued, and he’s a super hero fanatic. He even has a collection of souvenirs from some of the other DCEU heroes. He helps Billy find his way both as a hero and as a friend.

I mentioned earlier that there was a good balance of humor and action. This also affected the pacing of the movie. There was plenty of opportunity for Shazam to get bogged down in its heavy story line but they managed to work some of those scenes into the action. Billy solves some of his issues and gets close to Freddy while he’s Shazam. Some of it by necessity, the rest because he simply doesn’t understand his abilities yet.

There are no lulls at any point in the movie but it doesn’t feel rushed either. The writers managed to fit the perfect amount of action around Billy’s life to both introduce the character while making a movie that was visually entertaining.

The most surprising part of the movie to me, and the part that makes it an easy favorite from me of all the DCEU movies is the story. Billy, as I’ve mentioned, is a kid with no family. He lost his mother at a fair when he was young and has spent years trying to find her as you’ll see in the movie. His quest to find his mother has caused him to run away from several foster homes and he’s seen as an undesirable kid by most.

When he arrives at the Vasquez’s house he is basically getting his last chance to stick with a family. He’s standoffish at first but the kids slowly win him over as the movie goes along. Throughout the movie you have to wonder if he’ll find his mom and what will happen when he does (and I won’t spoil that for you.) This is strong emotional content, and knowing that he’s in a home full of foster kids you know the others have similar stories.

Family is the main theme in the movie for both the hero and the villain. The difference for the two is what makes them who they are and becomes key in the movie’s climax.

And I don’t mean that the hero and villain realize both of their mother’s have the same name.

It’s not hard for me to say that Shazam is my favorite movie of the year this year. I usually shy away from giving blockbuster movies this designation but I doubt this one will be unseated until Endgame.

If you have a chance to go see it, make it happen.

PS: ***Super spoiler*** Meagan Good was PERFECT as the big version of Darla. She captured her essence perfectly. Very excited for more of that dynamic in the future as well. Also, after seeing this movie The Rock being cast as Black Adam just seems that much more perfect. The chemistry will be amazing.

One thought on “Shazam is the best DCEU movie- but not as family friendly as advertised.”