I’ve been hearing about Waves since the Summer so when I realized my local indie theater had it I bought my ticket immediately. If you read my Luce review you know how much I love Kelvin Harrison, Jr. and the world is starting to fall in love with him too. When you add Sterling K. Brown (This is Us) to the mix you have two strong black leads at the top of the cast list and my full attention.

I was aware that Waves was a story about love but I did not watch a trailer until the day before I went and did not realize the type of movie I was going into. I usually prefer to know less going in but for this movie I think you do need to know the structure prior to sitting down. Not realizing the structure ahead of time affected my experience so I don’t want that to happen to you. 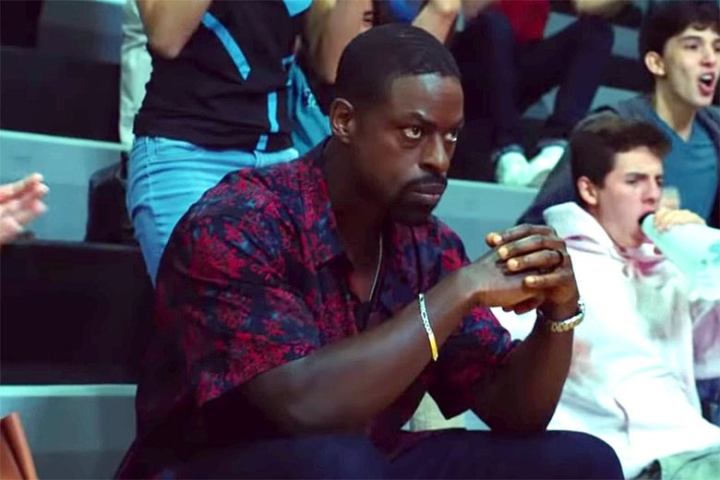 Waves has a strong cast, headlined by Sterling K. Brown and rising star Kelvin Harrison, Jr. The movie is split into two stories and there is a huge tone shift between the two. The first story is about toxic masculinity but both stories highlight how a lack of communication within a family can be devastating.

Kelvin Harrison, Jr. (Luce, Jinn) plays Tyler. We’re introduced to who Tyler is in flashes of moments in his life. We learn that he’s a wrestler, we learn that he’s in love, he parties with his friends, and he works hard. He seems like a good kid that likes to have fun.

Then the movie slows down and we learn more about the family dynamic, most importantly his relationship with his father (Sterling K. Brown.) Tyler is nursing a shoulder injury and you can tell he’s afraid to tell his dad that it actually hurts. His dad is in great shape and you can tell Tyler looks up to him and doesn’t want to disappoint him.

Throughout the early part of Tyler’s story we see the shoulder pain get progressively worse as Tyler begins to self medicate and hide his pain from his father.

Eventually the shoulder situation catches up to him and, in his eyes, his world falls apart. As a kid, the things you work for in high school seem like everything. He’s a senior and he was expecting to earn a wrestling scholarship and go to college and continue to wrestle. He gets some additional life changing news around the same time and we quickly see him spiral into a terrible place.

During this time, there is no one who realizes what’s going on with him. 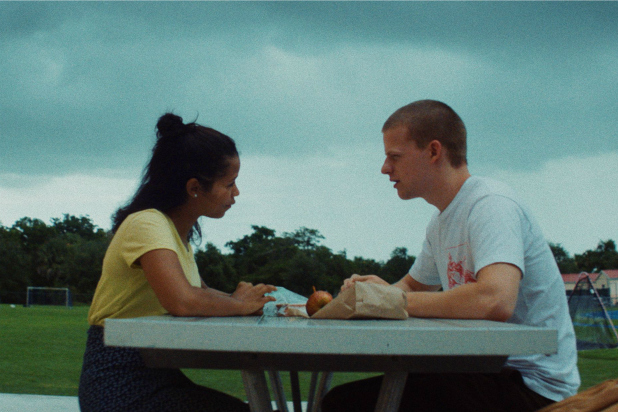 Taylor Russell (Lost in Space) plays Emily, Tyler’s sister. We see her in the first half of the story but only briefly. It’s clear the movie is about him to start but after a huge moment that affects them both, the movie shifts and focuses on her.

We know early on that Emily has a good heart. She has a cat that is ill that she takes care of and when she sees her brother suffering she consoles him. She even covers for him with their parents. She’s quiet and shy unlike her brother though so she doesn’t really catch your attention early on.

When the movie shifts to her, the tone changes as well. We get another montage, this time of her life after the situation with her brother and it slows down when she meets a boy named Luke (Lucas Hedges, Manchester by the Sea.) He’s shy too but he asks her out and a relationship begins.

Through her relationship with Luke, Emily starts to open up and she starts to realize some things about her family. She ends up helping Luke make a difficult life decision and it affects how she approaches hers. At the end of the movie, Emily initiates the change in the family that will help them move toward healing. 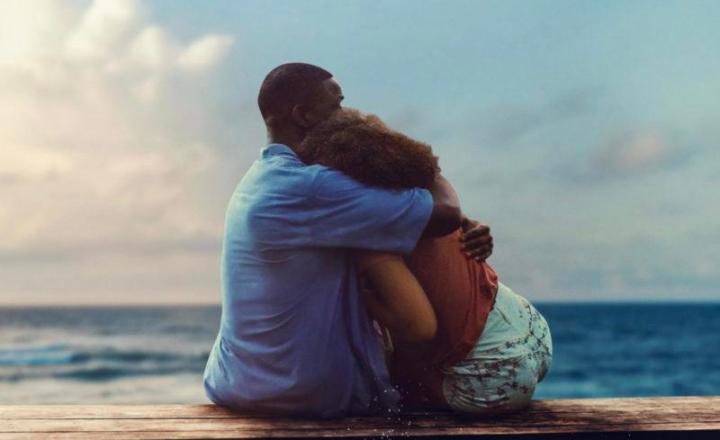 In the Tyler portion of the movie I related to his character very much. Father-son relationships are complicated and it was clear early on that the two men were not communicating like they should. Both men were holding back something and if they had opened up to each other, the movie doesn’t go the way it ends up going. It was tough to watch knowing that an honest conversation could change everything but both characters feared that conversation.

Tyler was so afraid to disappoint his father that he allowed things to spiral out of control. At the same time, the father and mother (Renee Elise Goldsberry, Altered Carbon) are having marital issues but they keep this from their kids. You can feel it in the first half but it’s not confirmed until the second.

Then with Emily she is almost invisible in the first half of the movie and it’s clear she doesn’t feel she can talk to her parents about anything either. Not because of the disappointment factor but because she seems to feel unimportant. Or at least feel like they have their own issues and don’t have times for her.

The message is strong and it is an important one. We have to talk to our family members and loved ones at the very least. Between addiction, depression, and suicide we always see people who talk about how surprised they are when bad things happen to people they love. You’d be surprised how much of a difference you could make by opening up a line of communication. Waves drives that message home in a powerful way.

One thought on “Waves Review: 2 stories about love and family”