I’m Just F*cking with you pits an online troll against a real life troll in a suspenseful, twisting, thriller. Another strong entry in Blumhouse’s Into the Dark series on Hulu.

There is not a movie studio more prolific than Blumhouse right now. It feels like every other horror movie I watch is a Blumhouse production. I respect it, honestly, and look forward to selling them a script in the near future.

With that said, I’m just F*cking with You is another Blumhouse production from the “Into the Dark” series on Hulu. I wasn’t sure what to expect based on the trailer but it was actually highly entertaining and not as predictable as it seemed going in.

The movie takes place on April Fool’s Day and follows Larry (Keir O’Donnell) as he travels back to his home town for a wedding he clearly doesn’t want to go to. On the drive in as the opening credits are rolling we find out that he is an internet troll and is trolling all of the wedding related posts on his way into town. The movie captures the essence of an internet troll well and the posts are somewhat disturbing but also somewhat funny. As he arrives at the hotel we get to see his more meek real life personality. That’s when he meets Chester (Hayes MacArthur). Chester is a real life troll and practical joker who wastes no time in messing with and scaring Larry.

As the movie goes along, Chester’s jokes become more and more real and dangerous. You’ll likely ask why Larry doesn’t just leave but the movie does a good job of making the character decisions make enough sense to not be problematic. 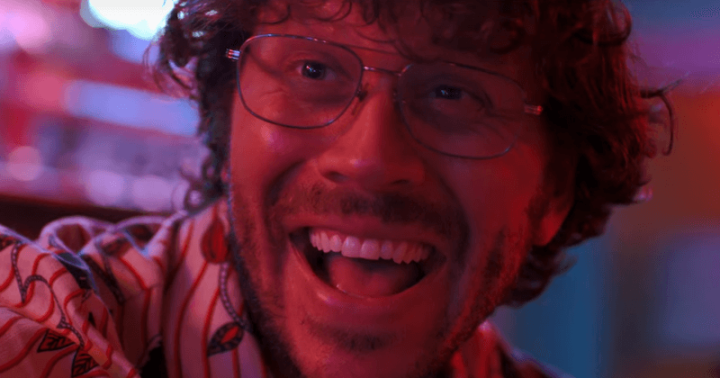 I’m just F*cking with You starts out as online troll meets real life troll and quickly gets out of control. A wild ride of a movie that has great pacing and twists that will keep your attention. I enjoyed it.

For the first 30 minutes or more the movie felt very straightforward. An online troll who in real life is a meek germaphobe comes face-to-face with a real life troll. In today’s society where people can hide behind a screen saying whatever they want without any real consequences, I was strapped in to enjoy seeing a troll get what he deserved. I had an idea about why this was happening to Larry but I don’t want to influence your expectations going in.

This is definitely a major theme in the movie, trolling, and that was enough to get me invested early. By the end there are some more messages about our online culture and, again, this is something that the movie captures well. A far cry from the run of movies that tried to be internet savvy and just came off as your parents mocking what they think happens online.

I don’t want to be overwhelmingly positive without giving you some warnings here. The movie is littered with middle school jokes. If you know anything about trolling it’s all about embracing your inner 12 year old boy. At one point there is a photo of a man who is nude from the waist down and a lot of the opening jokes that Larry posts are sexual in nature. Again, this is part of the troll culture and while I didn’t find most of it funny, it fits the story. If this isn’t a complete deal-breaker for you though, you’ll probably enjoy the movie.

Overall, I really enjoyed the performances by the two leads. Hayes MacArthur captured the “guy who really just doesn’t know when to stop” perfectly and knew how to turn it off without seemingly becoming a completely different person. This was a key component to the film as his character, Chester, was able to make outsiders think that Larry was overreacting to his antics. He just comes off as a charming goofball.

Meanwhile, Keir O’Donnell’s Larry is timid around others for most of the movie and comes alive when he’s behind his computer or phone screen being hateful. Again, perfectly capturing the essence of an internet troll.

I’m just F*cking with You is a movie that lulls you in with the goofy jokes before making a sharp turn for the dramatic near the end. It will leave you guessing throughout and does not end exactly how you’ll expect, even within 5 minutes of that end. The twists work within the story’s framework and it really is just an interesting little movie.

I’m not going to say it’s a must watch but if you’re looking for something to watch one night and can’t find anything, it’s one I’d say is worth having on your list. Check out the trailer below.

PS. I was glad to see one of my Sirens (shouldn’t have been cancelled) alums, Jessica McNamee, show up in this movie as Larry’s sister. I thoroughly enjoyed that show and have tried to keep up with the cast. My first interview for Hidden Remote was actually with the lead on the show, Michael Mosley. The last time I checked it was on Netflix and it’s definitely worth the watch. It’s a 30 minute comedy that follows the lives of 3 paramedics that was produced by Dennis Leary. Good stuff.

One thought on “Hulu Review: I’m just F*cking with You” 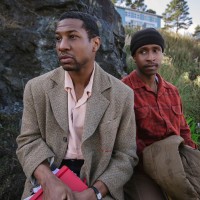