The Last Black Man in San Francisco arrived on Amazon this week at the perfect time. I was approaching my 100th review of the year and I wanted to make sure it was a movie that would matter. Number 99 (Brittany Runs a Marathon) is going to end up in my bottom 10 for the year most likely so number 100 needed to be significant.

I made the right choice and I can honestly say that this movie gave me a lot more than I was expecting. My timeline has been in love with it for some time but they loved Brittany too so I was slightly worried. When I tell you that The Last Black Man in San Francisco was beautiful, I mean that in every way. I loved the characters, I loved the scenery, I loved the people and the way they were presented to us. There was a lot to love in this movie and I want to cover a lot so let’s get to it. 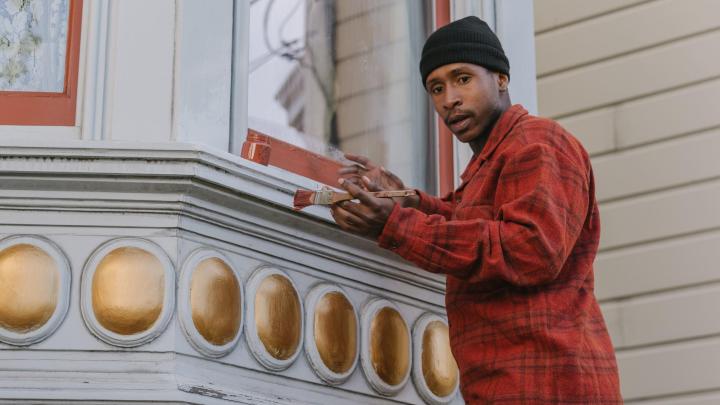 This is a hard one. The Last Black Man in San Francisco is a story of a young man who clung to his family legacy because it was all he had. An important story about identity and the destruction of gentrification. The erasure of both people and history. It’s really hard to sum this movie up in a few sentences.

I watch a lot of movies and I would be lying if I said that I didn’t forget many things but the opening 5 minutes of The Last Black Man in San Francisco are the most powerful opening 5 minutes I can remember seeing. It begins with a speech from a character named Preacher who is played by Willie Hen in his acting debut. Preacher is down by the water giving a speech about the ills of gentrification and how the people are being poisoned to get them out of the city.

I don’t want to talk about it too much but this speech set the tone for the movie and instantly sucked me in. We then jumped to our main characters who are observing him but don’t seem to be actively listening to him. This jumps to a scene of them riding down the street on a skateboard together while a powerful score brings you that much deeper into the movie. If I’d only seen these opening moments and had to leave I’d have had a full experience.

The biggest aspect of The Last Black Man in San Francisco that stood out for me was the people though. Statements were made subtly that hit me in a profound way. For example, when the main two characters are on their block they see a group of black guys always on the street roasting each other. If you didn’t understand the dynamic you’d think they were fighting or had issues but if you understand the nature of the relationships you know it’s all love.

At the same time, the way the people moving into the city (the wealthy) are displayed gives you the real impact of what they’re doing vs. an exaggerated version. They’re regular people, they just have no real regard for what the city means to those who were there first. We know that they’re the villains of the movie, but they don’t.

Then you have those locals. They’re the people that you ignore when you walk past them on the street and the people you judge. By following Jimmie Fails (played by Jimmie Fails) and his friend Mont (Jonathan Majors), the movie brings visibility to these people and makes the others the background noise. I thought this was handled amazingly. The people felt real to me.

Look, when I sat down to watch this movie I was not expecting the performance that I got from Jonathan Majors (White Boy Rick.) Playing Jimmie’s friend Mont (short for Montgomery Allen), Jonathan starts out as a sidekick. Slowly throughout the story you see him become more and more of his own character until the end when he stuns you with a scene even more powerful than the opening.

It hit as hard as it does because I didn’t see it coming. I don’t want to say too much because it’s something that you have to experience but I was blown away. It made me emotional, it made me think, and it made me consider things in my own life. Mont appears to be on the autism spectrum but this never comes up in the movie which was another powerful choice. Even if this is the case the writers (Joe Talbot, Jimmie Fails, Rob Richert) didn’t want to let it define him and that is huge.

Jonathan was immediately catapulted to the front of my Best Supporting Actor list. He better get a nomination for this performance. 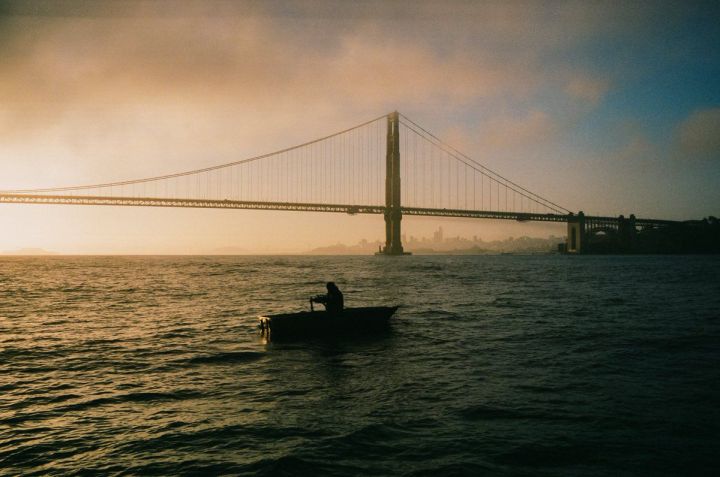 The Last Black Man in San Francisco got to me. It hit me at my core and made me think about a lot of things. First, there are two (that I recall off the top of my head) “man hugs” that gave me chills. Affection between men, especially black men, is rare in media and those moments and images are important. It was nice to see and I was surprised by how it affected me.

At the same time I took a moment to consider gentrification. Not for the simple fact of people becoming displaced by being priced out of their homes, but to think about the lost history. To think of all the places around the country that were once thriving black and brown neighborhoods that have been bought and transformed into something new. The stories that we may never know about those places because the historians are gone. That hurts on a spiritual level.

Now I have to be honest and say that I didn’t fully enjoy the actual ending of the movie, I wasn’t 100% sure what to make of it, but at that point I didn’t really care. I had already received the message.

P.S.: I’m pretty sure the ending was meant to be symbolic. I wanted something specific but after sitting with it, I’ve accepted it.

One thought on “The Last Black Man in San Francisco review: Poignant and beautiful” 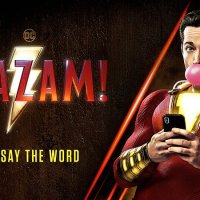