After watching Parasite I wasn’t sure how I felt and decided that I wanted to wait to write my review. The movie goes a lot of different places and I wanted to make sure I let it marinate before I put any thoughts down.

I did enjoy Parasite. It felt like three different movies and lulls you into a false sense of security before devastating you by the end. The first part of the movie is a comedy, then it transitions to a drama about wealth inequality, then finally it becomes a horror film. The last turn was so shocking and dramatic that the woman a few seats down from me in the theater had to yell out when she saw what was coming, not because she wanted to be heard but because she was genuinely alarmed and not ready for it.

As always, I’ll do my best to break it down without spoiling the film.

Parasite is hilarious for the first hour, maybe hour and a half. The members of the family are hilarious and watching them scam the rich family is great. Then things get dark as secrets are revealed. By the end, there’s no telling what the consequences of their lies will be, or who will be left hurt by them. 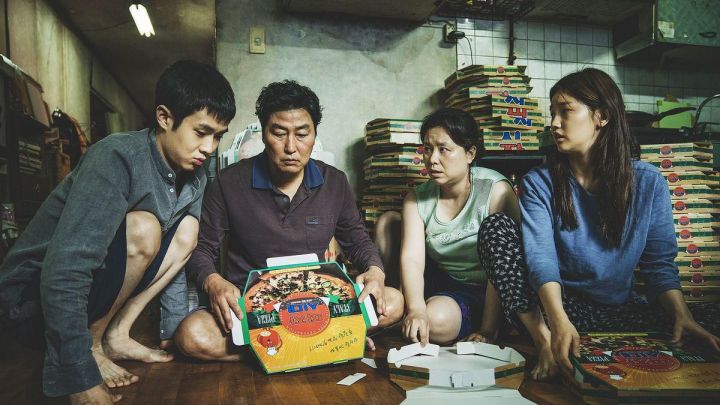 The movie begins by introducing us to the Kim family. They’re a lower class family in Korea who live in a half basement. The mother, father, son, and daughter are all of working age and they have come up with a family hustle of folding pizza boxes to get by.

Their home is near a local bar apparently and watching drunks stumble out is a form of family entertainment. They’re broke but they love each other and they seem somewhat happy. The father, played by Kang-ho Song, is hilarious and roasts his kids mercilessly. Laughter is medicine and this family needs it.

One day, one of the son’s friends comes home from university and brings a gift. It’s a large rock that he says will bring wealth to their home. He delivers the rock, then gives Kim Ki-woo (the son, played by Woo-sik Choi) a job opportunity. He’s about to leave for an opportunity to study abroad and says that Ki-woo should over for him as English tutor for a rich school girl. Ki-woo did not go to university but the friend tells him that the mother is simple and he should be able to fake it. 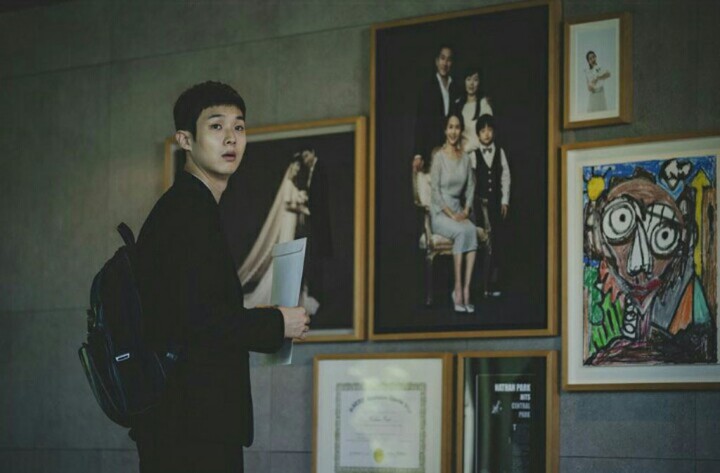 This is where the fun begins. The daughter, Kim Ki-jung (So-dam Park) is good with photoshop so she makes her brother a fake diploma. He goes to meet the family of the rich girl and easily passes the mother’s test of his knowledge. She’s so impressed she offers to pay him more than she was paying his friend.

During his “interview” the mother mentions how her younger son is an art prodigy but they can’t keep an art teacher for more than a month because he’s so rambunctious. Ki-woo gets the brilliant idea to get his sister on the payroll as the art teacher, but doesn’t introduce her as his sister.

They continue down this road until the entire family is working for the Parks. I’m fine with telling you this because I haven’t given you any of what makes this portion hilarious and that’s what’s most important about it. The irony of the family scamming their way into this home and much of the dialogue is laugh out loud funny. 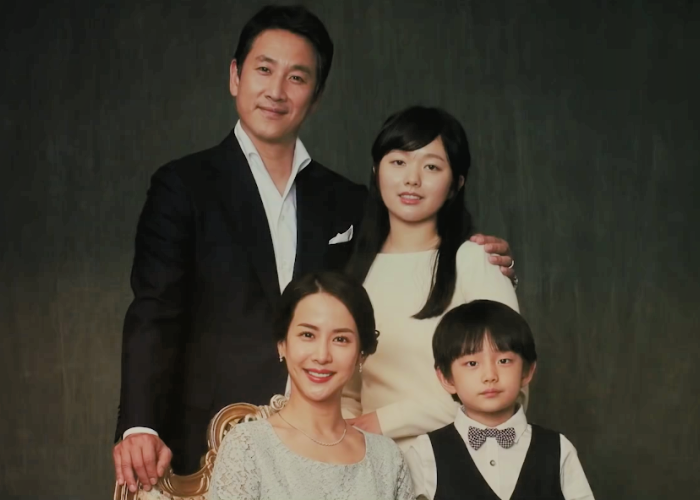 Everything is going great until the Parks decide to go out of town. The Kims see this as an opportunity to live it up in a rich family’s house and make themselves at home. We know that things are going too well but we have no idea what we’re in for.

To get the father and mother jobs, the kids had to devise a plan to get rid of two already established household employees. One of those employees shows up when the Parks leave. Only the mother (played by Hye-jin Jang), is supposed to be at the house so the rest of the family hides. The former employee states that they were rushed out so quickly that they left something very important and the mother lets them in.

What they left and where they left it completely change everything we know about the house. Things become very complicated and at that moment the Park family calls and says that they are on their way back. Now, with a house full of people and torrential rains there is nowhere for the extra bodies to go. They choose more elaborate hiding spots and rush to clean up the mess they’ve all made.

While hiding, they overhear the Parks exposing how they really feel about them and this reestablishes the class differences we’ve been able to ignore. You feel bad for the Kims but they did this to themselves really. 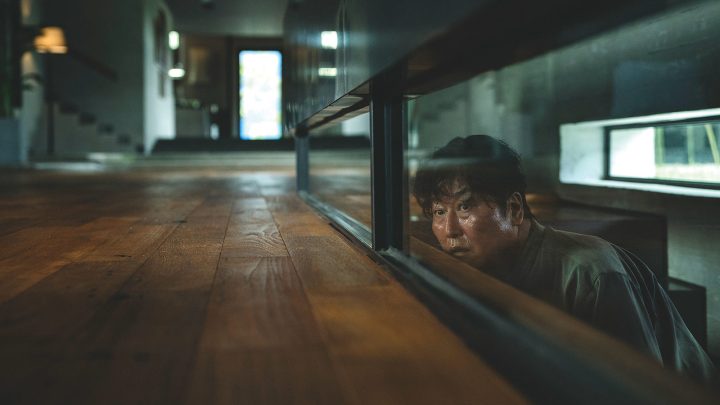 That night at the house changed things for everyone though. The fun we were having before is dead and now and the tone of the movie shifts. The difference is most noticeable in Mr. Kim and you worry that he may do something rash.

What the Kim’s don’t know, but the viewers do, is that the events of that night had already set something in motion that is going to change both of our main families forever.

I went into Parasite blind so I was incredibly shocked by what I saw. Bong Joon Ho has to be up for every writing and directing award for his work here. Even when I knew things weren’t going to go well I felt secure and when he took that away it left me devastated. By the end I was hurt but the message had been received.

This movie will make you laugh and it will make you think. It will definitely leave you with something to talk about. I didn’t want to push what I took from the film on you because my reviews are to help you decide if you should watch. Even if you don’t like subtitles I beg you to give Parasite a try if you have the opportunity.

If you do, or already did, hit me up and I’ll be glad to talk deeper themes.