I am a huge Jake Gyllenhaal fan and supporter so when I saw he had a movie coming out on Netflix I marked my calendar. I’m also a horror fan so combining these two worlds meant Velvet Buzzsaw was sure to be a big hit for me.

The characters are definitely interesting and the idea was great. However, once the events start to unfold you realize that there wasn’t really a plan here. No message was hammered home and no lessons were taught. You’re simply introduced to these characters with various positions within the art world and then you watch them die in various ways.

At the beginning of the film I was impressed. I have no real knowledge of the art world but the movie gave me sophisticated characters that seemed accessible. Gyllenhaal plays an art critic named Morf whose reviews can make or break a career and, though he does sometimes seem full of himself, he isn’t over the top to the point that he is a villain. Then you had the art dealers and agents (Primarily played by Rene Russo, Tom Sturridge, and Toni Collette.) These characters were more villainous but still seemed to understand that it was all the nature of the business. 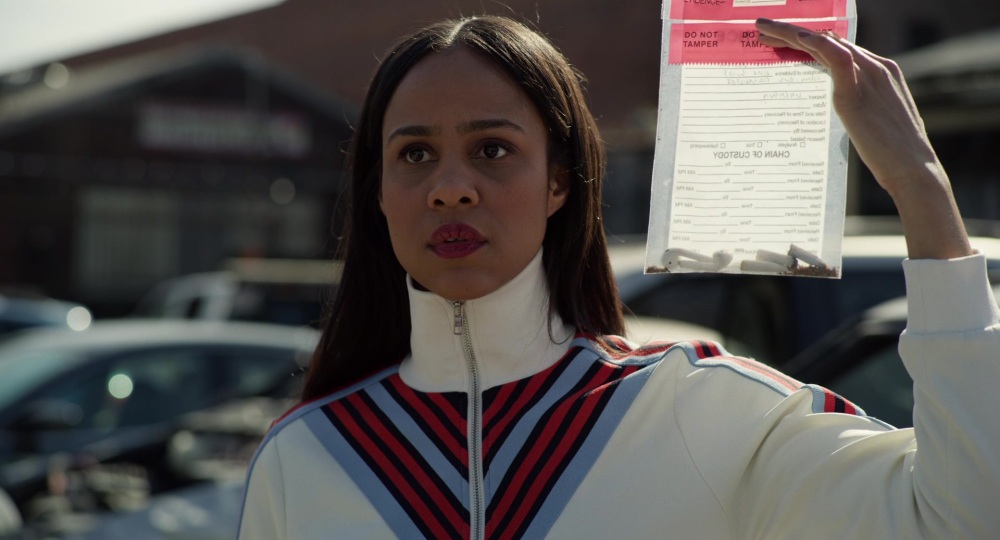 Then we start to get to the meat of the story. Zawe Ashton’s character, Josephina, finds a ton of artwork in her dead neighbor’s apartment and here greed and thirst to be taken seriously in the art world leads her to claim it. Not as her own, but to act as the deceased individual’s agent. We are told that the old man asked that the paintings be destroyed, and that he had started the process before he ended up dying so there’s our first clue as to what’s happening here.

The paintings themselves were actually amazing. They were haunting on their own and when you see things start happening (eyes moving, etc.) it makes them even more haunting. We watch Zawe’s and Russo’s character manipulate the story around how the paintings came to be and begin to sell them for large amounts of cash. At this point it feels like the message is going to be punishing these people for their greed but you’re interested to see how it plays out and how the characters will respond when they start to notice.

The killings killed it

Then the killing begins. The first character to die is someone who, I guess, was supposed to be a bad guy because he snitched on another character for being late to work and tried to invite her replacement out on a date? Regardless, he didn’t do anything to showcase his greed with regard to the paintings. He stated that he liked them and wanted to buy one but instead was on his way to store them somewhere because he was told to do so. This pattern continues as more characters start to die and their deaths don’t seem to really have much to do with their roles with stealing the paintings.

Secondarily, there was no real explanation for how or why it worked. We learn that the way the paintings incorporated the artists blood to make the deep reds and the shadows (at one point a painting bleeds (why?). We also learn that he had a tough life. He was abused, sent off to war, killed his father, was sent to a prison for the insane, then was experimented on while he was there. We still don’t understand why his paintings are alive but we can get an idea of what this all was supposed to mean.

It would have been great to hear that he perhaps tried to sell his art to get back on his feet but failed and hated the art industry. Then I could accept that his paintings absorbed that pain as he worked and that energy came to life to cause the killings, but I digress.

Even then, it ends up not just being the artist’s paintings that come to life. Beginning with the first murder, the paintings somehow cause other artwork to come to life too.

So then you try to understand the movie based on the people who didn’t die. That doesn’t help. The two main survivors are Natalia Dyer’s character, Coco, and Daveed Diggs’ character, Damrish. Coco is a young assistant who keeps getting passed from studio to studio. First because of failing at her job and then because her bosses keep dying. Initially, I was waiting for it to come out that she had some tie to the old man but in the end the only tie was that she was given his cat by Zawe’s character. Not only does she end up having no other ties but she finds 3 dead bodies and seems perfectly fine after each one besides mentioning that she’s sleeping with the lights on. The only explanation could be that she lived because she was taking care of his cat, but who knows.

As for Diggs and Malkovich’s character, Piers, they’re both artists and not directly involved with the sale of the artwork so their survival makes a bit of sense.

This was another huge issue for me. The movie seemed to make time jumps. Not huge time jumps but it seemed to jump at least a few weeks at a time but it didn’t really make that clear. This made it difficult to understand why Morf would be so invested in his relationship with Josephina when the relationship could have been 3 days old without the passage of time made more clear.

This also affected my ability to accept Gyllenhaal’s character falling apart. The first time we see him react to what’s going on is when he starts having performance issues in bed and then leaps out of it when a painting reaches for him. He then states he’s, “been seeing things,” but doesn’t really give us an idea as to how long he’s been seeing them or what exactly he’s seen. He already seems to have been affected by something for a while now but we can’t appreciate how we got here. 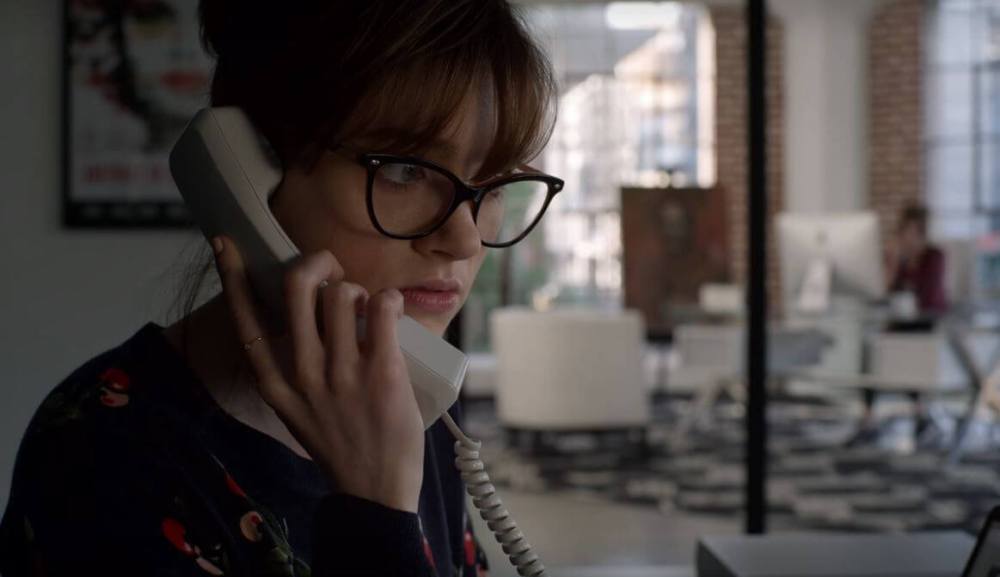 Overall, I have to say I was disappointed. I remained entertained because, as I mentioned, the characters were great. The paintings were great as well. The setup for the story had my interest and I just kept waiting for something to happen to make it all make sense but that never came.

PS: The standard scary movie music also didn’t seem to fit in this one. Great opportunity to do something different that was missed out on.