By selecting PJ Washington 12th in round one of the NBA Draft, the Hornets have made three straight strong selections. What can you expect from Washington in Charlotte?

As an NBA fan living in South Carolina the closest team to me is the Charlotte Hornets. I’ve been a Mavs fan for as long as I can remember but I’ve been in South Carolina for 17 years now and have been supporting them more and more over the years. One area that they have routinely failed historically has been the draft so on top of the looming Kemba Walker free agency decision, the draft has been a huge source of anxiety for Buzz City.

I personally think that Hornets made out well this past Thursday and I love both of the prospects that they got. 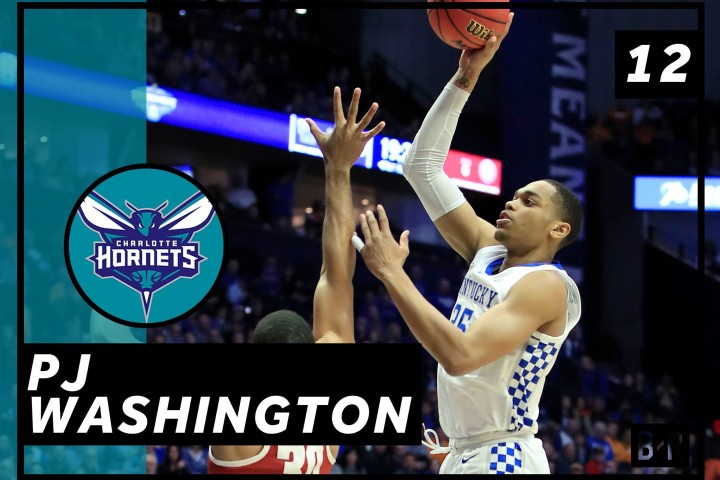 Thoughts on the pick

I hate Kentucky basketball with a passion for a few reasons but recently there have been individual players I’ve liked. De’Aaron Fox was the first and then PJ Washington became the second. It’s hard for me to dislike a real baller and both of these guys qualify.

While I was definitely hoping the Hornets would grab Goga Bitadze, I fully understood and appreciated them grabbing PJ. The past two drafts they’ve done a great job in getting Miles Bridges (an athletic 3) Malik Monk (a bucket getting guard) and now Washington, an elite glue man 4.

What to expect from him

Offense: PJ showed flashes of different skills his freshman year and in his sophomore year he brought it all together. He can put the ball on the floor to get into the lane off the bounce and has a nice floater he uses when he’s cut off. When given space his jumper looks good and in year two he became more consistent with his stroke. His 3 point percentage leapt a whopping 19% in year two and he took 2.2 attempts per game. With guys having to respect the shot and his ability to put the ball on the floor he’s going to cause problems for opposing defenders. If he gets into the lane off the bounce he’s patient with the ball and besides his previously mentioned floater game, he uses his body well to get to the line. He increased his free throw percentage 6% and averaged 5 FT/game in both years. 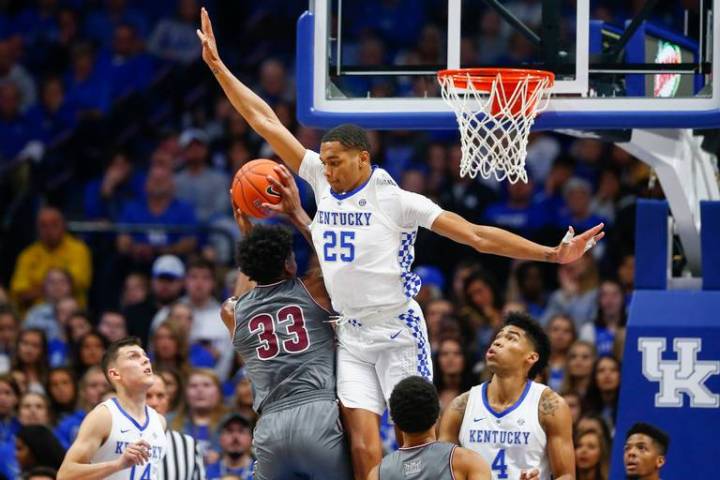 Defense: His offensive game is well rounded and his defense is also. He is solid enough to hold his own in the paint and uses his body well there. On the perimeter he gets low and does a good job of making the perimeter player’s job difficult.

He’s not really a rim protector but will block shots if challenged. He prefers to go vertical when attacked and is disciplined in his approach.

Other: Washington moves well for a big man and has great straight line speed. He’s a very mature and heady player so I expect he’ll be ready to impact the game immediately. He’s a fiery competitor as well and between him, Bridges, and Monk they now have three expressive young guys that fans are going to love.

As for improvement, I’d love to see him hit the glass harder. His rebounding numbers did improve in year two and that’s something I’d love to see continue for him. His rebound percentage in year 1 was 11.6% and increased to a respectable 15.1% despite spending more time on the perimeter offensively.

As I mentioned above, I expect PJ to have an immediate impact on the Hornets. I don’t expect that he’ll immediately supplant Marvin Williams but that is definitely the long term goal for him. I do expect him to be looking at 15-20 minutes per game off the bench and expect that James Borrego is looking to get the young guys (Monk, Bridges, Graham, etc.) extended minutes together. Long term, PJ should be a starter in the mold of a Thaddeus Young whose stats almost mirror Washington’s Kentucky numbers and his own numbers from his one year at Georgia Tech (14.4 pts, 4.9 rbs 42% from 3).

However, I believe that his physicality puts his ceiling above where Thaddeus is and I love the passion he plays with. These young Hornets are going to be fun.