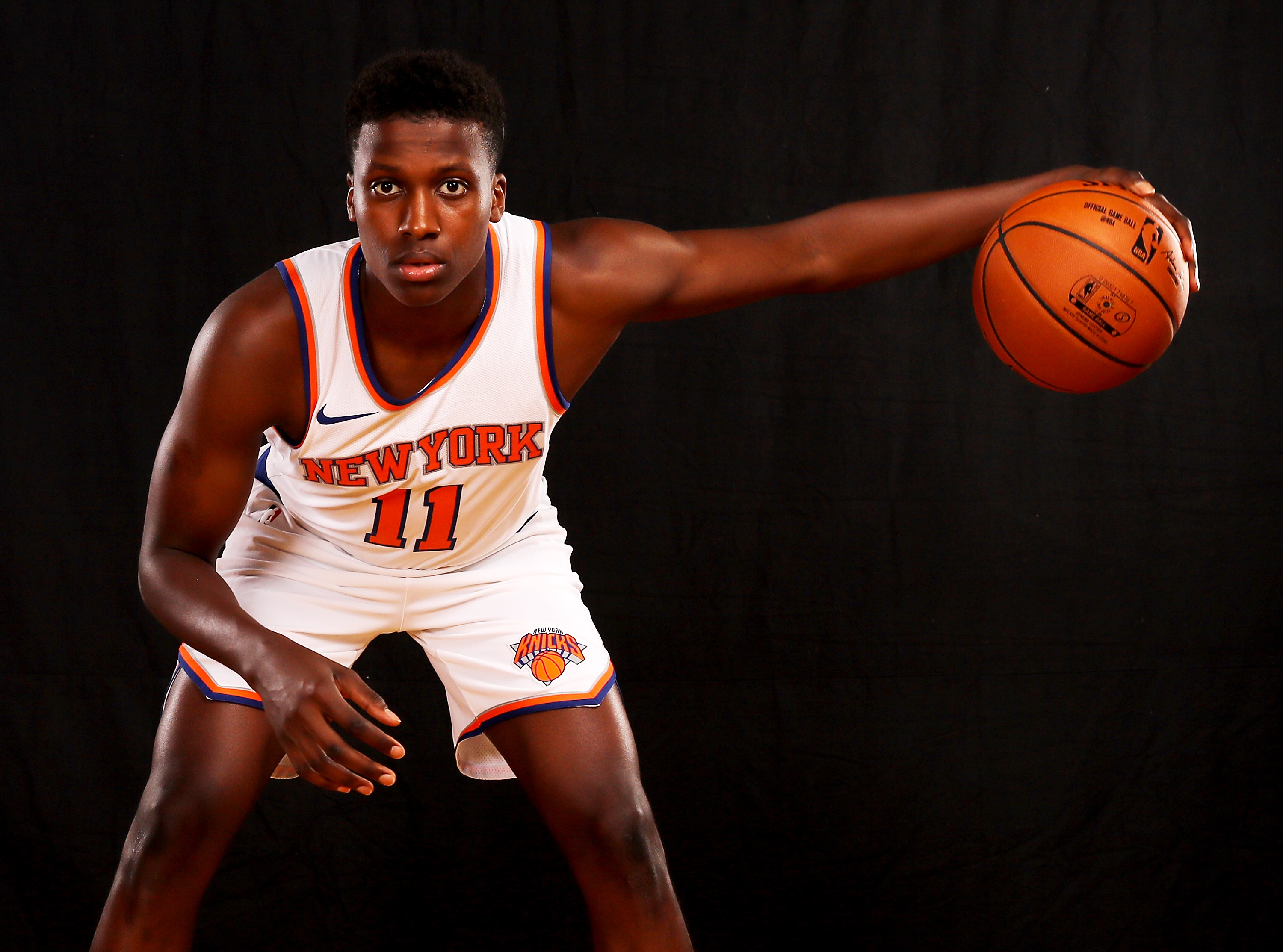 Carmelo Traded – Another team, another corner stone that is no longer there. Carmelo was traded just before the preseason to the OKC Thunder and so his ride in NY is over. Kristaps Porzingis is immediately elevated to the face of the franchise and with the drafting of French PG Frank Ntilikina and the signing of SG Tim Hardaway, Jr. the team has a solid young core to build around. The trade brought over Doug McDermott and Enes Kanter who figure to be key contributors for this team right away as well.

Is Frank Ntilikina a bust??? – All summer, with Dennis Smith, Jr. lighting up your social media timelines with highlight reel dunks, the talk on Frank Ntilikina (who did not participate in the summer league) was that the Knicks messed up by drafting him. There were a few factors working against Frank. We’ve addressed the first factor which is Dennis Smith, Jr. being REALLY good. The second is that we hadn’t gotten to see Frank yet and his European stats looked pretty weak if you don’t understand how the game is played there. And finally, it’s NY. You don’t go to NY and expect to be praised without putting in the work first. Frank seems to have embraced this and only time will tell if he ends up living up to his draft position. You should know where I stand.

Tim Hardaway, Jr. Signing – The Knicks swung for the fences to land Hardaway by signing him to a 4 year, $71 Million offer sheet. The deal was a bit too rich for the Hawks blood (along with the weird clauses the Knicks threw in) and they let him go back to NY. Hardaway will look to build upon last year’s success as the main scoring option outside of Porzingis on this Knicks team.