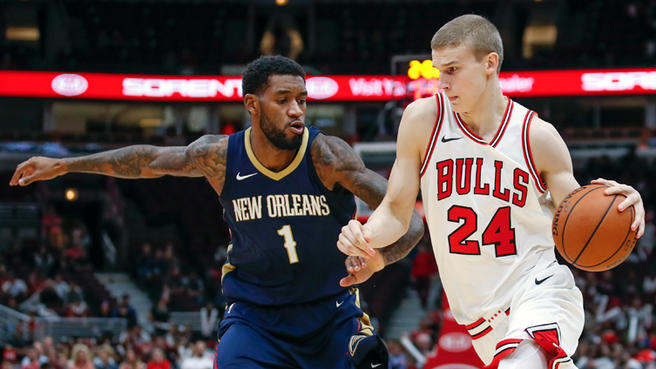 Season Ended: Eliminated by the Celtics in 6 in the First Round

Jimmy Butler Trade: The Rebuild is on- For most of the latter part of the year last season the Bulls flirted with the idea of trading Jimmy Butler. The trade would signal the beginning of a rebuild and I think they were on the fence about whether or not they wanted to go there. In the end, they did and they traded Jimmy to the Timberwolves to be reunited with Thibs. In the trade the Bulls got back some young guys with potential that has not quite been realized and they got an earlier pick. The future is now in the hands of Zach Lavine, Kris Dunn and Lauri Markkanen.

D Wade Buyout – Once Jimmy Butler was traded the writing was on the wall as far as Dwyane Wade. It took a while but the Bulls finally bought out his contract a few weeks ago meaning they paid him almost $40 million dollars for last season… and so went the hometown return.